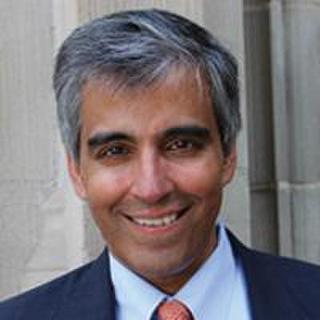 Pulin Sanghvi is a speaker and author on the topic of purpose and meaningful work based in the San Francisco Bay Area.  He speaks to organizations like Google and YPO and universities including Yale, Stanford, Princeton, and Columbia.

Pulin led structural re-imaginings of career development at Princeton University and the Stanford Graduate School of Business, and he created and taught a model of hypothesis-driven exploration that has engaged thousands of members of the Princeton, Stanford and Yale communities.

Pulin was named Inaugural Executive Director of Career Services at Princeton in 2013.  He was deeply involved with the University strategic planning process in the areas of entrepreneurship, service and civic engagement, and the future of the Graduate School.  He was a Fellow in each of Princeton’s residential colleges and an Academic-Athletic Fellow for the Princeton Football Team.

Pulin previously served as Assistant Dean and Director of the Career Management Center at the Stanford Graduate School of Business, where he focused his center on the personalized exploration of meaningful work.

Pulin was formerly a management consultant with McKinsey in Palo Alto serving software and services clients, and an investment banker with Morgan Stanley in New York.

Pulin is active with philanthropic work.  In addition to serving as President of the Board of Directors of The Peace Studio (thepeacestudio.org), he serves on the National Board of Directors of Positive Coaching Alliance (positivecoach.org).  He also serves on the international advisory council of GlobalMindED (globalminded.org), an organization focused on first-generation college accessibility.

Pulin also serves Yale in multiple capacities, including as a Fellow in Davenport College, as Secretary of the Yale Club of San Francisco, and as Alumni Schools Committee Director for the San Francisco Peninsula.  He previously served as Executive Officer on the Yale Alumni Association Board of Governors.