By Sarah TackettJuly 9, 2020No Comments

Sarah’s offering is reflection on the history of Mother’s Day, and its relationship to peace.

Before the world was burning (and it is always burning)

I read about the history of Mother’s Day,

how the apostrophe mysteriously jumped

from Mothers’ to Mother’s, over time.

That jumping punctuation hid the the original purpose of the day.

When Mother’s Day was Mothers’ Day (meaning all mothers, plural),

called for a day where mothers could work for peace.

When Mother’s Day was Mothers’ Day, she said:

mothers have had enough of their sons being murdered in wars—

we should love other women’s sons as much as our own,

across nations, across tribes,

so that murder on a large scale never happens again.

When Mother’s Day was Mothers’ Day, she called upon women

to raise their voices, gather, sing, pray and insist upon peace.

She knew that peace was work.

Now that Mothers’ Day is Mother’s Day, (apostrophe before the S),

some individual women have breakfast in bed,

one day of appreciation for their labor.

Now that Mothers’ Day is Mother’s Day, we pay florists and the Hallmark company.

Sometimes mothers (I imagine them to be white) don’t get a waffle in bed and are sad.

But the original Mother’s Day proclaimed:

Peace is as peace does.

To make peace, we say.

Peace is a doing, a making.

Can we get out of bed and do the work of peace?

To say: No mother’s child should be murdered by the state.

And then to say out loud those mothers’ names,

even as George Floyd cried out for his mother

before he was murdered:

Mamie Till Mobley: who chose to keep her son’s casket open

for all the world to see. 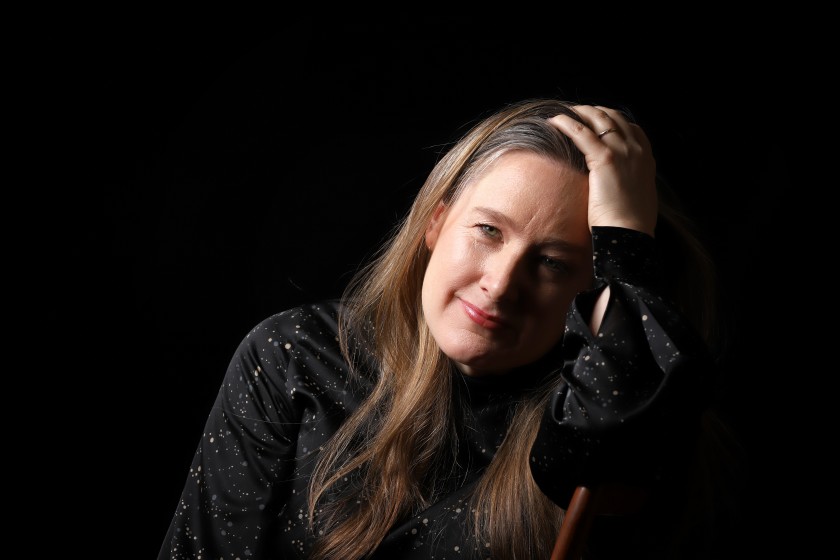 Sarah Ruhl is a playwright, poet, and essayist. She is the recipient of numerous awards, including a MacArthur Fellowship. She has been nominated for a Tony Award and been a two time finalist for the Pulitzer Prize. Her most recent book is 44 Poems for You. She lives in Brooklyn with her family.

Join the Turn the Page: A Movement to Uplift Black Owned Bookstores.