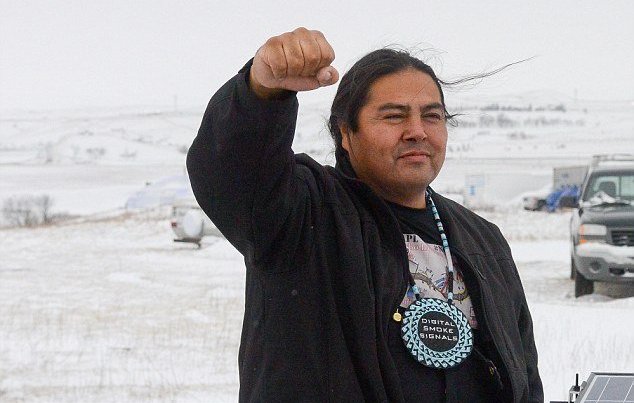 Myron Dewey is a filmmaker, journalist, digital storyteller, and the founder of Digital Smoke Signals, a media production company that aims to give a platform to indigenous voices in media. His drone footage of the Standing Rock movement protesting the Dakota Access Pipeline (DAPL) marks him as one of the most important journalistic voices working on environmental and indigenous issues today. Through both Digital Smoke Signals and his own media work, Dewey seeks to bridge the digital divide throughout Indian Country and indigenize media with core indigenous cultural values.

Myron has received numerous awards for journalism and media production, including the Michelle Moor Award for Community Journalism and the Man of the Year Award from Medicine Winds News. In 2018 he was given an Award of Merit by the University of Kansas Department of Film & Media Studies. He is a 2017 winner of the New York City Drone Film Festival in the category of News/Documentary for a short film monitoring North Dakota police at the NoDAPL protest site. He co-directed the award-winning 2017 film Awake: A Dream from Standing Rock, which tells the story of the NoDAPL movement and the native-led peaceful resistance and fights for clean water, the environment, and the future of the planet.