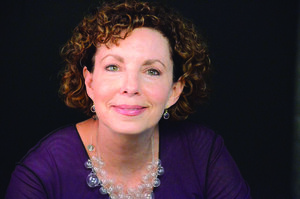 Roberta Baskin’s storied journalism career as an investigative reporter has earned her more than 75 journalism awards, including prestigious duPont Columbia Awards, Peabody Awards, and multiple Emmys. As a result of her investigations, government and corporate operations were improved or changed on dozens of health and safety products and practices.

At the heart of the UN’s Sustainable Development Goals is climate change, which led to Roberta’s current role on the One Earth Philanthropy and The Carbon Underground boards of directors.

Roberta’s other career highlights include serving as Chief Investigative Correspondent for the CBS News magazine “48 Hours,” Executive Director of the Center for Public Integrity, Senior Washington Correspondent for “NOW with Bill Moyers,” and Senior Investigative Producer for ABC News “20/20.” Roberta also taught a graduate school course on investigative reporting at Georgetown University and revolutionized and led communications for the Inspector General at the Department of Health & Human Services.

Roberta received a Nieman Fellowship for Journalism at Harvard University and served on the Foundation’s Executive Committee. She also was named an Ethics Fellow at the Poynter Institute. Roberta has been active on boards of directors, including the Fund for Investigative Journalism, Investigative Reporters and Editors, and the Journalism and Women Symposium. Currently, she serves on the boards of the FoolProof Foundation for Financial Literacy, The Peace Studio, One Earth, and the Mansion on O Street Foundation. Roberta finds extra inspiration judging journalism prizes for the Scripps Howard National Journalism Awards and as a member of the Robert F. Kennedy Memorial Journalism Committee.

Roberta has been a guest lecturer internationally from Baku to Budapest, and from Bilbao to Borneo. She and her husband live in a former CIA safe house overlooking a lake in Virginia, with their beloved golden-doodle, Kula.