Roosevelt invites us to “do what you can with what you have where you are.” Pursuing this notion, artist Yazmany Arboleda painted an enormous billboard using a large wall on his rooftop that faces the corner of Essex and Canal Streets in lower Manhattan. Given how quickly our world has been transforming moment to moment, the hope is to create a space that expresses ideas in solidarity with the Black Lives Matter Movement. The painting of the words on and off, again and again, is experienced like a ritual. We think of it as a “Living Sculpture” because we invite our communities to share what words they believe should be advertised, and the billboard gets repainted regularly. Curated, in collaboration with activist Dorienne Brown, content on the @BreonnasBillboard Instagram account, promotes #BLM awareness guiding followers to actions that seek justice for Black folks across the United States. 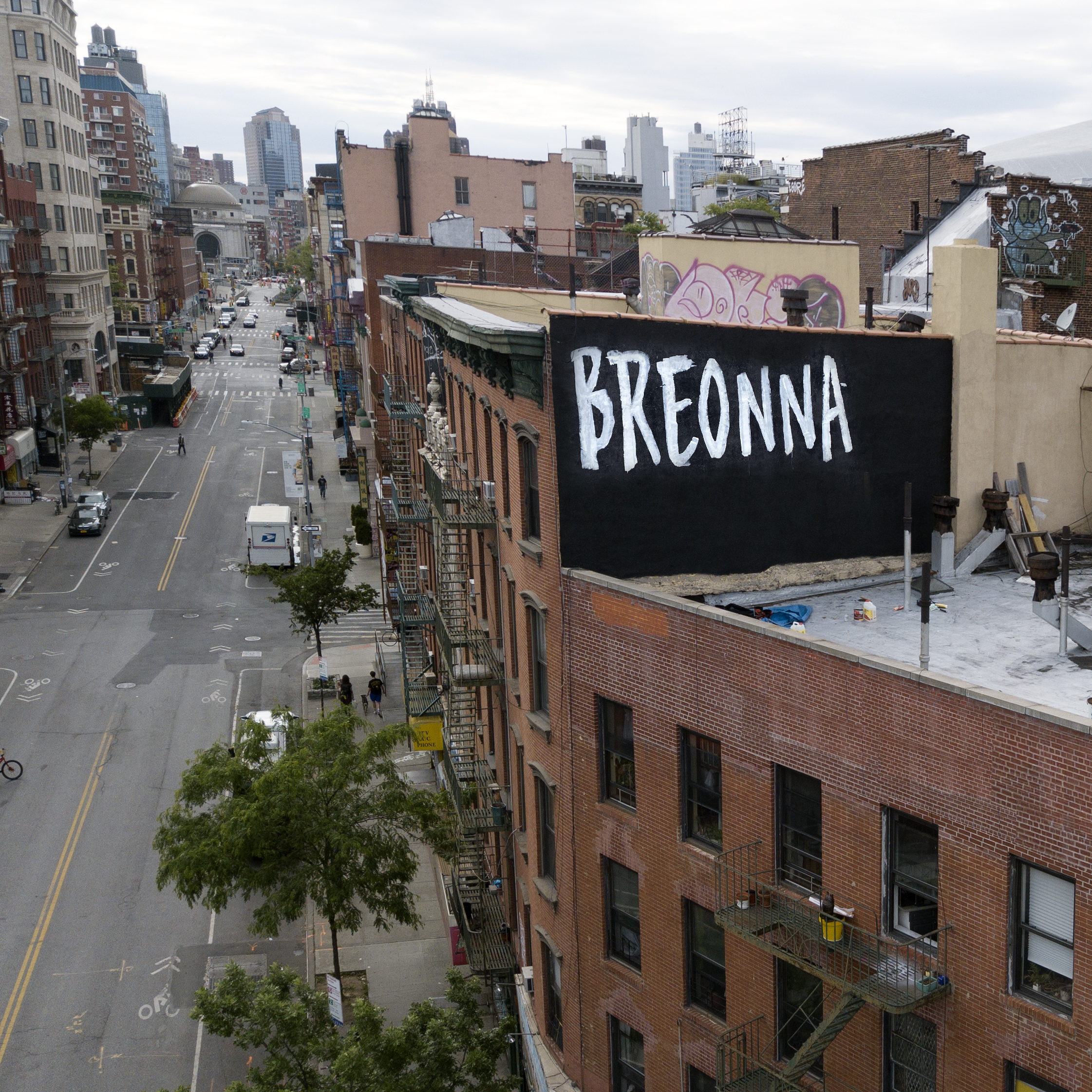 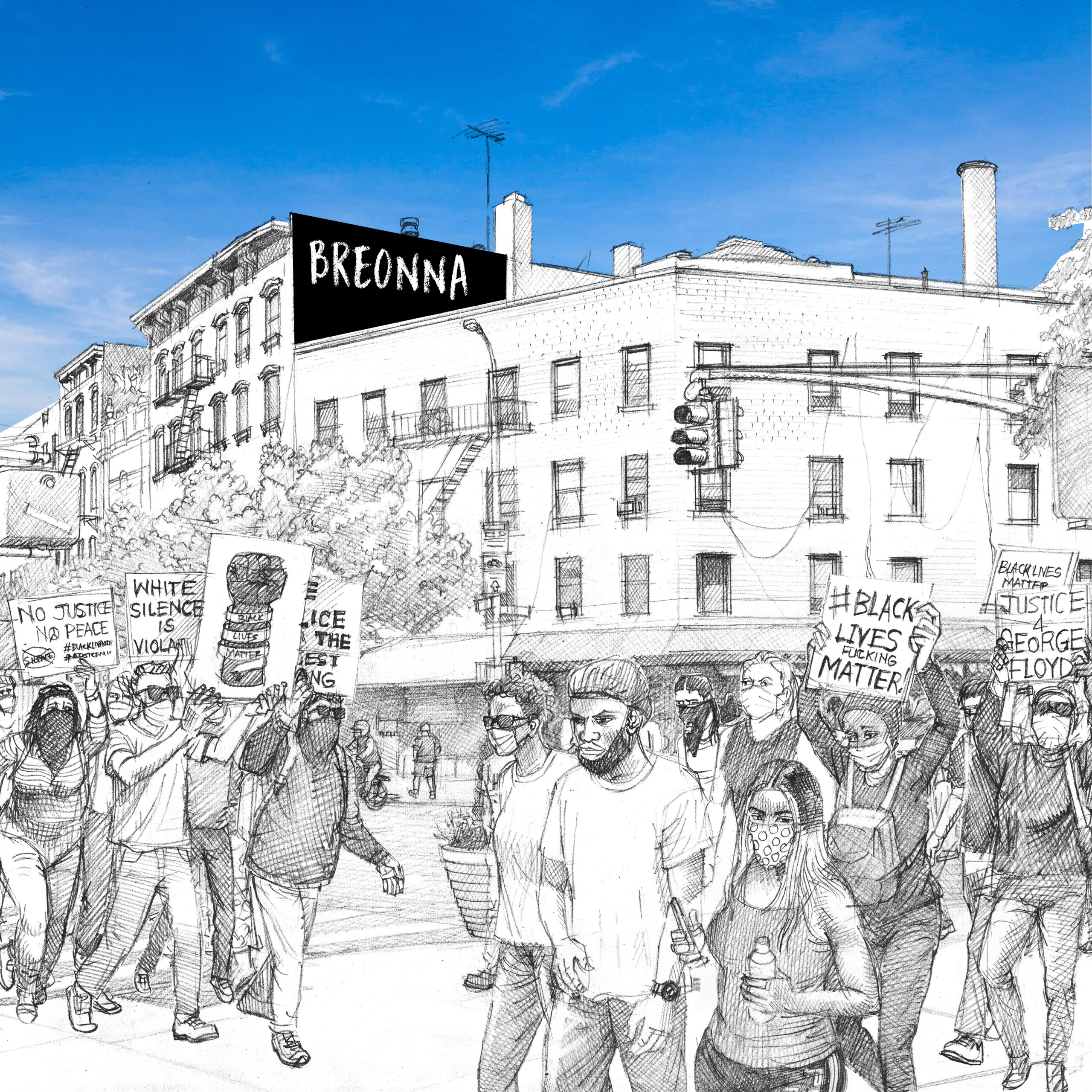 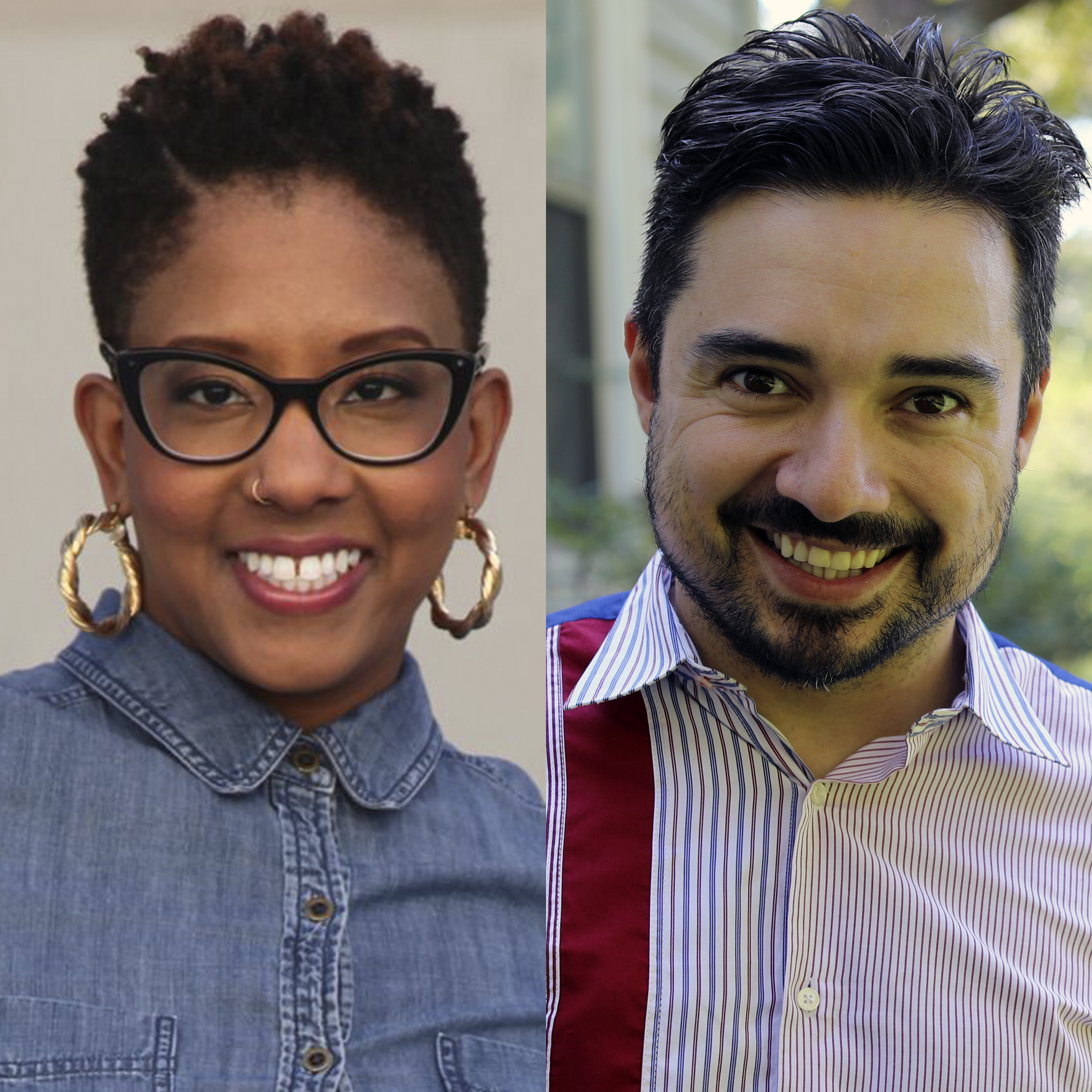 Yazmany Arboleda is a Colombian American artist based in New York City. An architect by training, Yazmany’s practice focuses on creating “Living Sculptures,” people coming together to transform the world through co-creation. Over the past two decades, he has created public art projects with communities in India, Japan, Kenya, Tanzania, Uganda, South Africa, Afghanistan, Spain, Colombia, and the United States.

He has collaborated with Carnegie Hall, the Yale School of Management, and BRIC, among others. He is currently the artist in residence at IntegrateNYC and the associate director of communications for Artists Striving To End Poverty. He is a co-founder of limeSHIFT, the Future Historical Society, Remember 2019, and the Artist As Citizen Conference. He has lectured at UNC, MIT, and LPAC about the power of art in public space.

Dorienne Brown is a proud Inglewood, CA native. She has over eight years of experience working with non-profits. After one year of being in New York, her passion for community development led her to transition into New York City’s non-profit sector due to the similarities of many New York City communities to those in Los Angeles and Inglewood. She received her Master of Science in Non-Profit Leadership from the Graduate School of Social Service/Gabelli School of Business from Fordham University. Before joining ASTEP, Dorienne had worked with the Dwana Smallwood Performing Arts Center, where she helped produce the inaugural MAMA Festival (More Arts, More Alive) in 2016. Dwana Smallwood continues this event today as an annual must-see in Brooklyn. Dorienne also worked in Development and Communications with the Jericho Project and the New York International Children’s Film Festival. In addition to enriching the lives of youth and people in her community through her work, Dorienne is passionate about arts education and creativity. She’s excited to be a part of the ASTEP team serving youth in communities in need through the arts.

Demand justice for Breonna Taylor by calling Louisville Mayor Greg Fischer’s office at (502) 574-2003 or by filling out the contact form on the LouisvilleKy.gov website.