By Sarah TackettSeptember 15, 2020No Comments

“My actual first thought, when asked to create a piece depicting my personal notion concerning peace, was centered on one of my favorite past times – bass fishing. An image of my bare feet, chilling on the bank of a pond, brewski by my side, soaking in the sights and sounds of nature. Eventually, it occurred to me that my concerns needed to be more expansive, that I had to widen my scope. The passing of my fellow Alabaman, Congressman John Lewis, and his lifelong struggle for equality for ALL Americans and his words are the source of my inspiration.

Congressman Lewis was one of the leaders of the 1965 Selma to Montgomery March. He was brutally beaten, but undeterred, he completed the march – and in doing so, galvanized the country and the world with the efficacy of nonviolent protest. The marchers are depicted at the lower-left – marching out of the golden era of civil rights in America, and the young John Lewis (as he was during the march) is depicted with the U.S. Capitol in the background, where he left an enduring legacy in his career spanning four decades. The background is composed of tiled lotus blossoms – a flower with great spiritual significance – representing enlightenment, purity, love, compassion, and the superiority of spirit over knowledge and intelligence. The quote is one of Lewis’ own – with a challenge to us all in seeking the attainment of peace.” 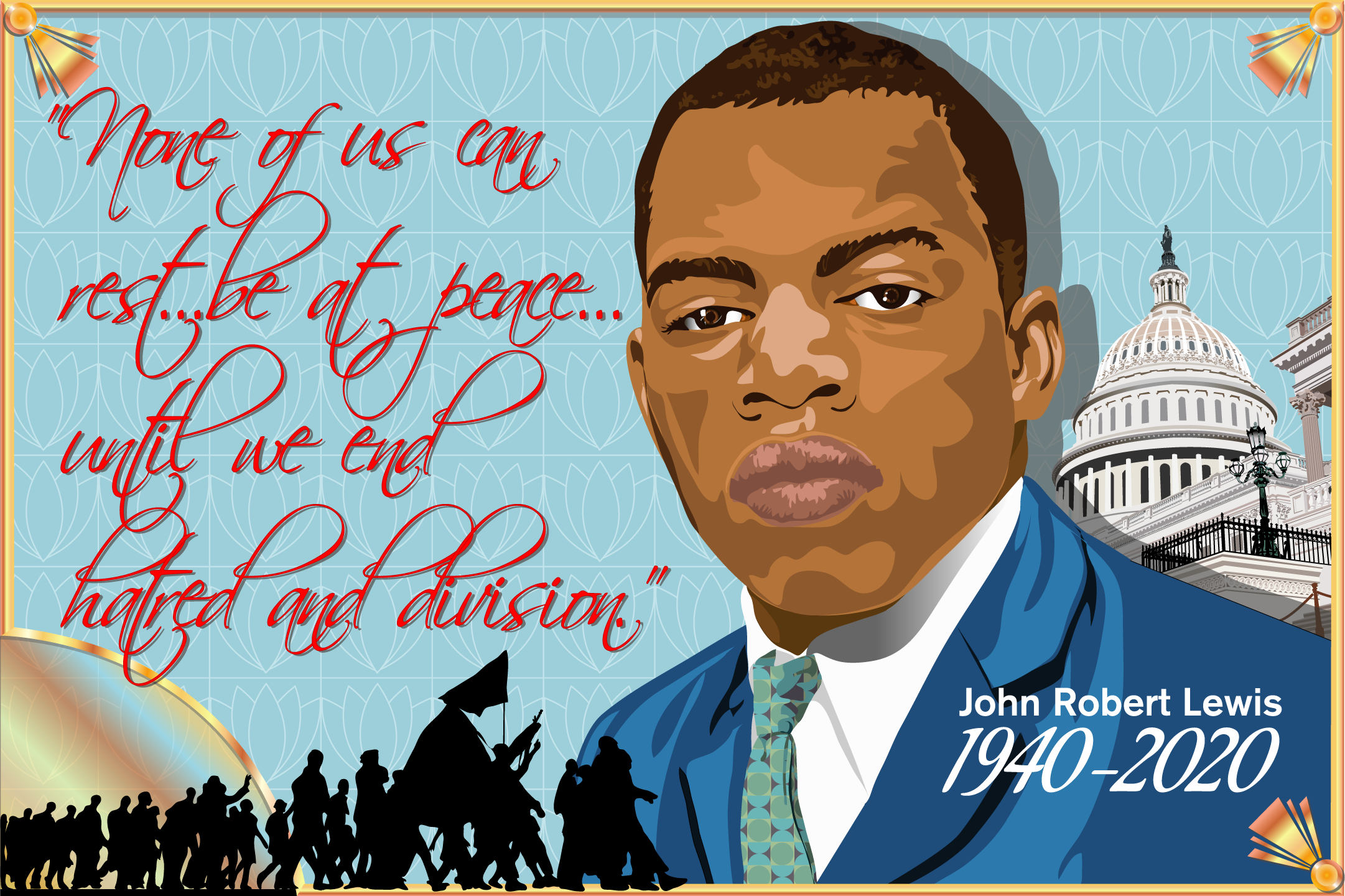 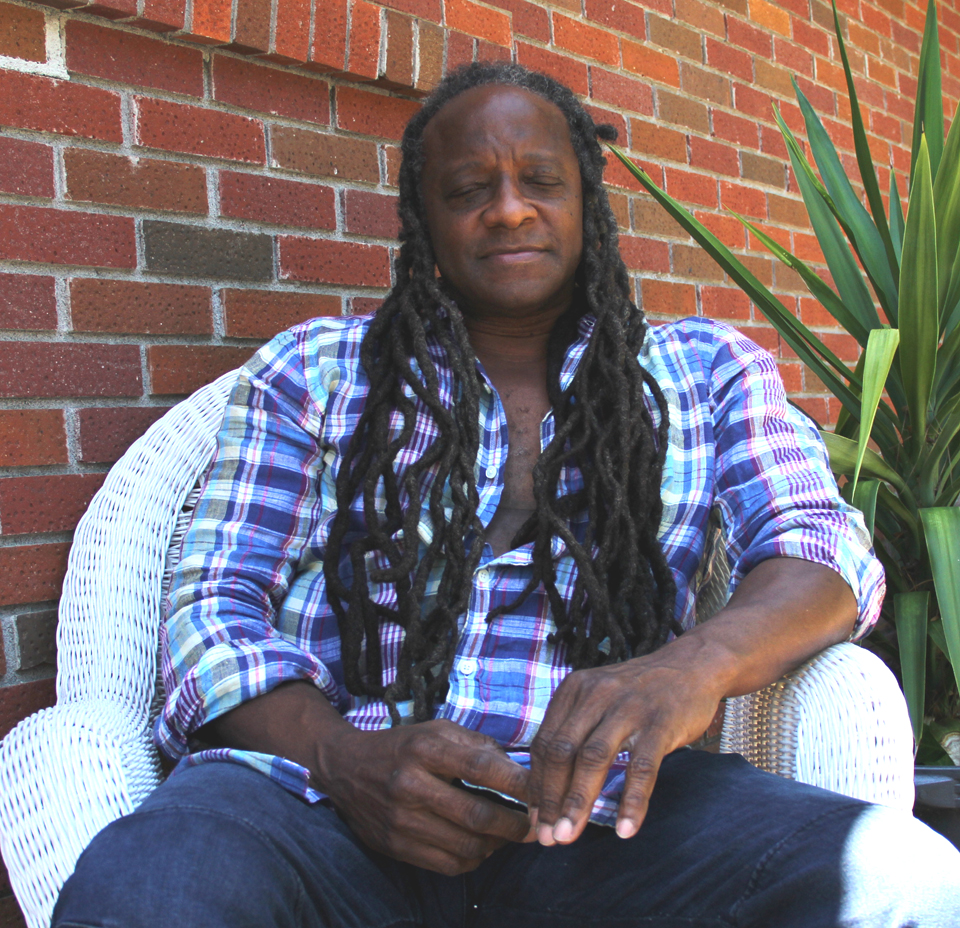 William R. “Bill” Ford, Jr. is a Montgomery native and a visual artist. In addition to his current post as president of the Montgomery Arts Council, he’s vice-president of the Patrons Board of Directors at the Alabama State University National Center for the Study of Civil Rights and African American Culture, president of the St. Jude’s Alumni Association and a member of the board of directors for the Montgomery Museum of Fine Art, as well as the F. Scott and Zelda Fitzgerald Museum.

Commissions for his work include “Triptych: Celebration at the Altar in the Valley of the Kings,” a piece created for the 2011 Jubilee Cityfest. A mural installation commemorating the anniversaries of the Montgomery Bus Boycott and the Selma to Montgomery March at the Rufus L. Lewis Public Library. In 2019, Bill was one of two artists chosen to commemorate Montgomery’s Bicentennial Celebration by designing a wrap for a city bus to be displayed for two years. He capped off the year by unveiling four 8’x11′ murals in the rotunda of the Julia Hampton Morgan Library Branch in downtown Montgomery depicting the 200-year history of the city.

Bill is single, has a lovely daughter and a twenty-one-year-old grandson.  He spends his downtime reading, playing Scrabble, bass fishing, following college sports, and is a self-avowed “sci-fi movie geek.”

Let us all allow the words of Cong. John Lewis be our challenge. Activate and mobilize for change so that every individual is treated with respect and given the opportunity to pursue peace and happiness according to their desires.